The Panama Posse is a rally for sailing Central American waters with like-minded cruisers, creating life-long friendships, exploring and experiencing new countries and cultures, enjoying the sense of security that safety in numbers affords, not breaking the budget, sharing up to date information and most of all, having FUN with great benefits !

Join us in Mexico, Guatemala, El Salvador, Honduras, Nicaragua, Costa Rica or Panama for fun, adventure, communications, seminars, festivities , tours, up to date information, discounts at marinas and experiences that will last a lifetime! 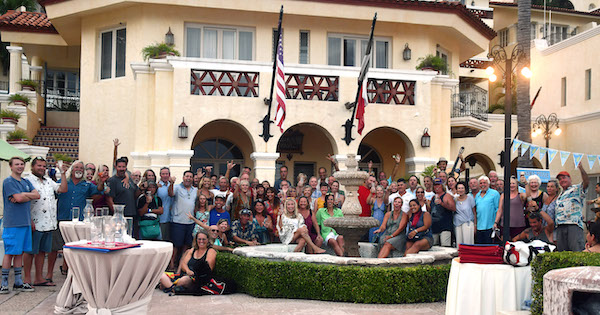 Whether you’re sailing down with the Baja HaHa, Cubar, currently in  the Sea of Cortez, somewhere in Central America, or just came through the Panama Canal from the Caribbean.

THE OFFICIAL PANAMA POSSE – NOTICE OF A RALLY 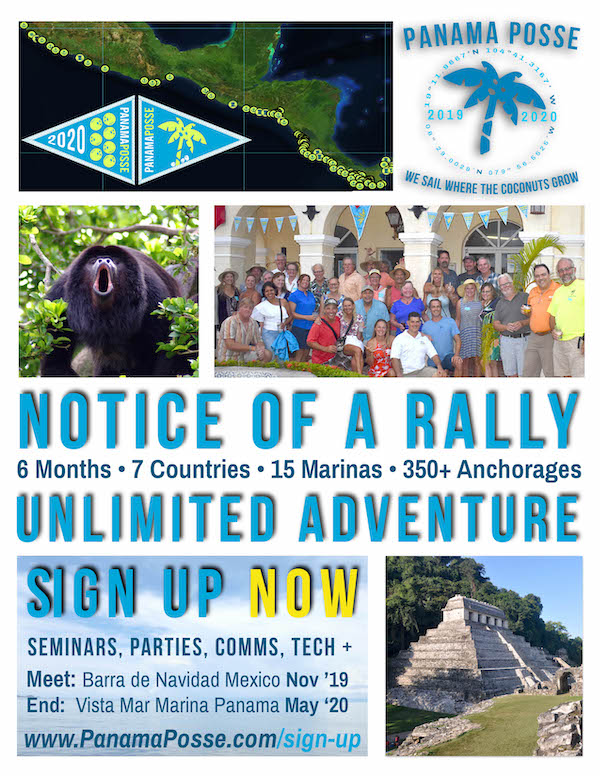 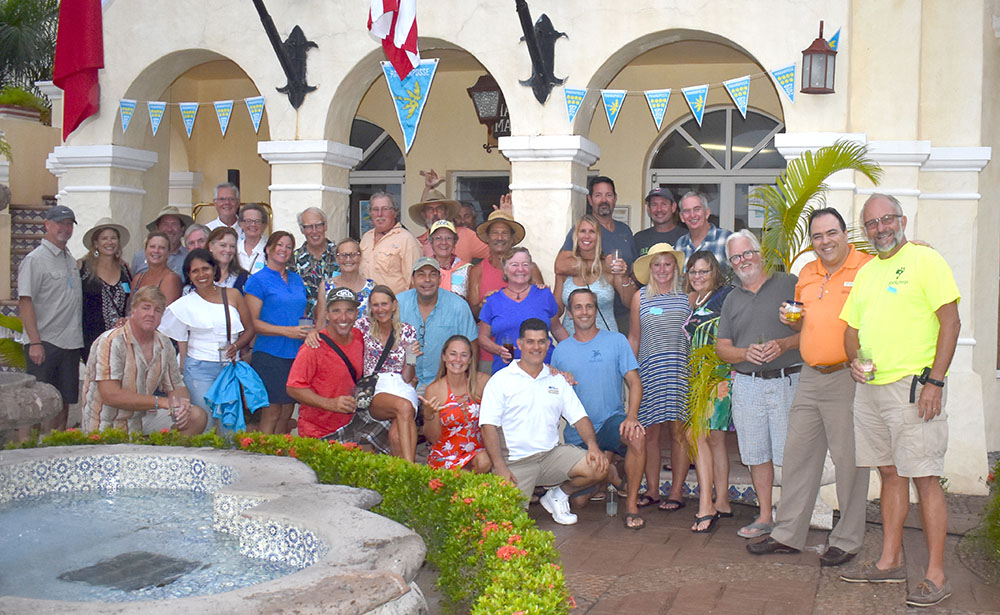 Thank you Panama Posse. And thank you for all of the time you donate to this effort. We have found the Posse to be an irreplaceable source of information and have made many friends along the way. The discounts have been great and covered the entry cost several times over, but it is the former that really makes participation in the Posse a pleasure.

We joined the Panama Posse to get the reduced rates at Barra and Puerto Vallarta. It paid off about four times what we paid in dues! The Posse was a very positive experience. I have recommended it to two other boaters and will keep in mind if in the future for anyone cruising from Mexico to Panama. You have a great formula … 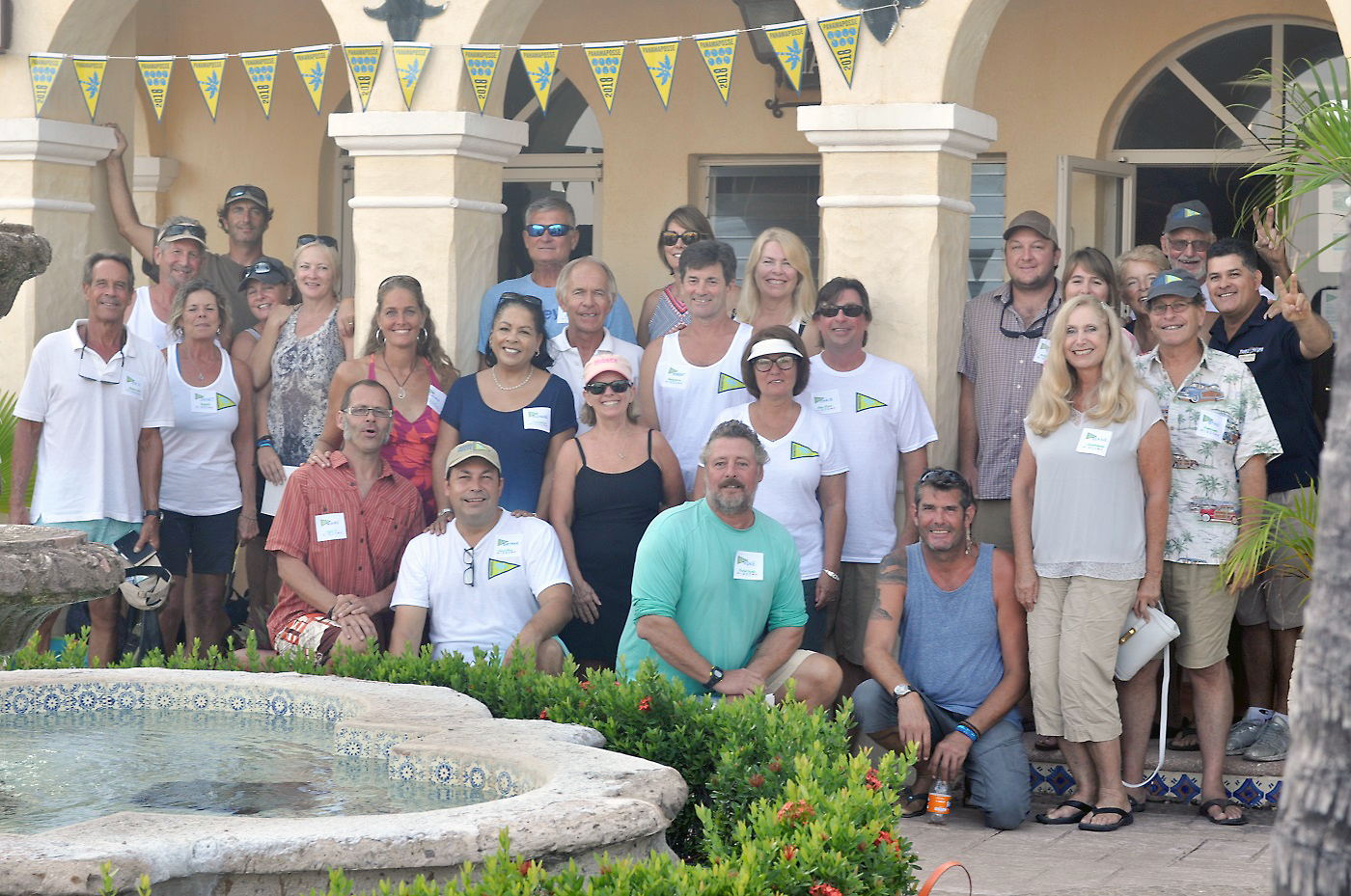 “We absolutely loved the Panama Posse! We enjoyed having the latest information on marinas, anchor spots, grocery shopping, laundry, and country check-in or out. Very valuable. And even better was the wonderful friendships made with lots of great people! Many thanks for heading up a fantastic rally.”

“I wanted to explore. See new places. Meet new people. Joining up with the Panama Posse helped make all that possible.

Releasing baby turtles in Zihuatenejo, surviving the Tehuantepec and the Papagayos, an afternoon poolside at Gordie’s and movie night at Coconutz in Playa del Cocos….

The only thing better than anchoring at Ballena Bay Costa Rica after a full and beautiful day running south along the coast? Doing it with a small flotilla of fellow cruisers from the Panama Posse…

The next day? A dinghy run up the estuary, with howler monkeys in full throat, and a picnic on a sugar sand beach with palm trees leaning out over the water, providing shade for the cold beer and snacks with some of the coolest people on the water. That’s the Panama Posse.

These are some of the memories I’ll have for the rest of my life thanks to the friends I made this past year in the Inaugural Panama Posse run from Barra de Navidad Mexico to Vista Mar Marina in San Carlos Panama.”

“Joining the Panama Posse was the best decision we made last year. Not only did we meet great people traveling the same coastline but the shared intel on anchorages and check-in procedures was invaluable!! We would highly recommend it to anyone choosing to travel this route.”

“Participating in the Panama Posse was like being part of a family and less like a typical rally. We met some of the most wonderful people whom we will be life long friends. We gained information in real time about both anchorages and weather that was invaluable. No cruise through Mexico and Central America would be as complete without sailing it as part of the Panama Posse.”

“Greetings my friends, Thought Janet and I would tell of our experience with the Panama Posse. The 2018 Posse had 83 boats! We didn’t meet all boats but the boats we met and traveled with were very appreciated as we entered uncharted waters in Central America. It’s a good feeling when you can stop by a boat or call on a radio looking for a opinion on weather or ports of entry. Panama Posse ROCKS !!”

Being part of the Posse made the Central American cruise better for me. There is a wealth of information, I really liked the  non structured approach. Move at your own speed. It starts the end of November and finishes in June. Some great discounts became available too. There are some parties mainly cause the areas want to welcome you.
As a single handed sailor it gave me community. I did go places that would have been skipped for safety reasons. Others reports changed my early assumptions.
In remote locations because of the Posse I knew other boats. More friends were made.
On tours I was able to join a group with made the time better.
Even with the end in June the unofficial Posse continues. I have helped three Posse boats transit the canal.

…Diane and I uncharacteristically participated in Panama Posse 2017, the inaugural year of the rally. Uncharacteristically I say because we typically shy away from highly organized cruising rallies. This one was different and we loved the Posse and the camaraderie of this group of loosely organized boats making their way from Barra de Navidad, MX to Panama City, Panama and all places between and beyond… With 83 boats signing on last year there was rarely a shortage of Posse boats along the way to socialize and explore together… the members were there to help each other out as fellow cruisers.

The Posse also helped to identify many anchorages along the coast not mentioned in cruising guides, arrange discounted rates at many marinas, identify good boatworkers, mechanics and tour guides, streamline some check-in processes, adapt to life in the various countries being visited and a thousand other things that makes a cruiser’s life a bit better.

If you are thinking of transiting the Pacific Coast to Panama I would highly recommend that you look into Panama Posse 2018. 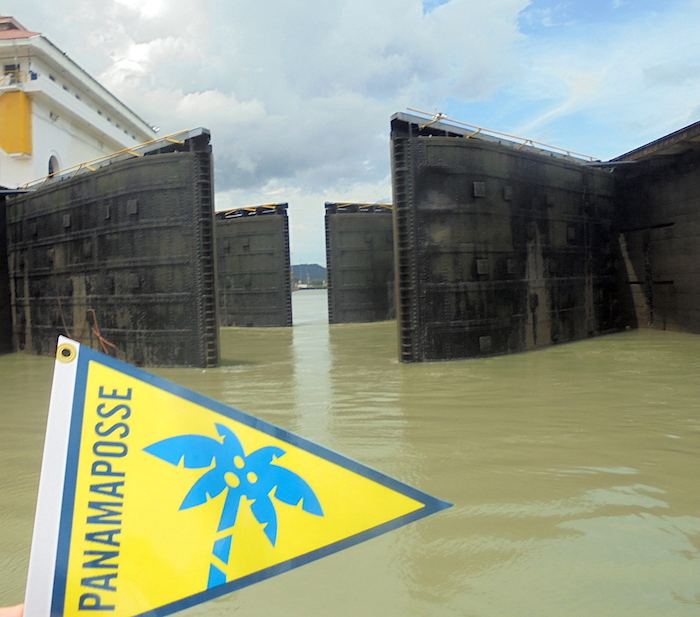 Go through the Canal with fellow Panama Posse vessel owners as line handlers.
The best crew is always another Panama Posse boat owner.

© 2019 by the panama posse - Terms of Service - Disclaimer and Disclaimers